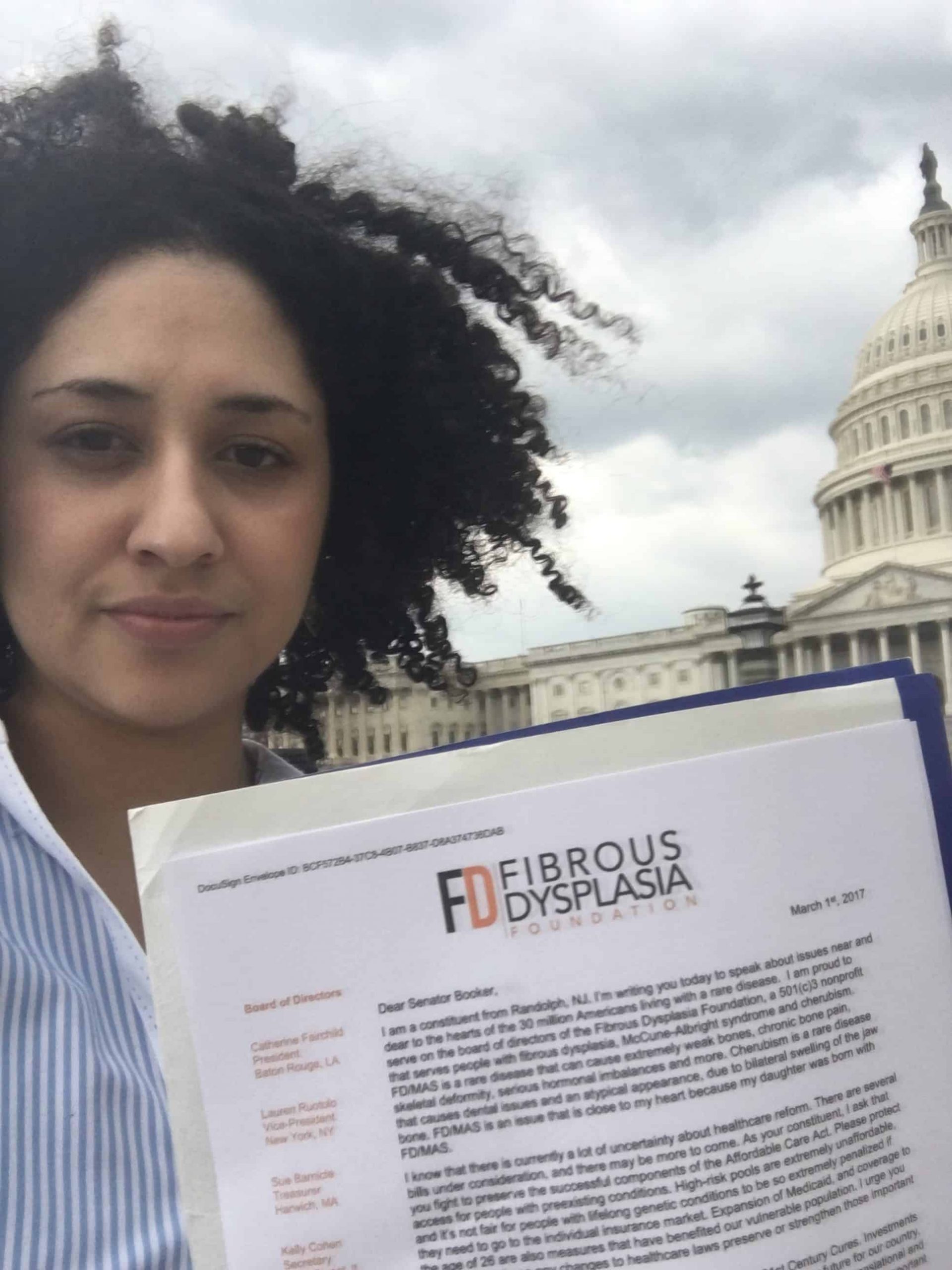 Fibrous dysplasia and McCune-Albright syndrome (FD/MAS) will once again be on the minds of lawmakers at this year’s Rare Disease Week on Capitol Hill. The Congressional Rare Disease Caucus is hosting a briefing for lawmakers and the general public on the state of rare disease. FDF’s Executive Director, Deanna Portero, will present at this briefing on the importance of federal incentives for rare disease drug development.

The Congressional Rare Disease Caucus is an important bipartisan forum for members of Congress to collaborate and build support for legislation that will improve the lives of people who have a rare disease.  The caucus is led by Representative Leonard Lance (R-NJ), Representative G.K. Butterfield (D-NC), Senator Orrin Hatch (R-UT), and Senator Amy Klobuchar (D-MN) and includes 98 Representatives and 5 Senators from all over the country.

Rare Disease Legislative Advocates helped coordinate the Rare Disease Day briefing, which is open to the public. Representative Lance will make opening remarks. The briefing will then feature advocates from across the rare disease world, including the Fibrous Dysplasia Foundation, Rare and Undiagnosed Network, Parent Project Muscular Dystrophy, American Medchem Nonprofit Corp., and Amyloidosis Research Consortium. The briefing will be moderated by former congressman Brian Baird.

Portero’s presentation is an important opportunity to raise the visibility of FD/MAS on the federal stage and to make a strong case for legislation that is important to the FD/MAS community, such as the Orphan Drug Act and the OPEN ACT.

“FDF won’t rest until we have a treatment or a cure for FD/MAS, and we need everyone–including Congress–to work together to achieve that goal. Briefings like this one are important because Congress can only solve problems if they understand those problems, and the challenges of fighting for better treatments for rare diseases like FD/MAS are very complex, ” said Portero.

“The first step will be to help federal lawmakers and their staff really connect with what it means to have NO treatment to interfere with the progression of a disease. I think that many people mishear ‘no treatment,’ and instead imagine circumstances that they are personally familiar with, like ‘a treatment that only slows a disease instead of stopping it,’ or ‘a treatment with hard-to-handle side effects,’ or ‘a treatment that is too expensive to be affordable.’ I need them to understand a different, and harsher reality: the reality that FD/MAS patients live with, where there are literally zero treatments that have been shown to affect the progression of the fibrous dysplasia bone lesions. Each and every FD tumor is a runaway train, and every day our community is just trying to keep up with the burdens of damage control.”

“The second step is explaining that it doesn’t have to be this way. The federal government has enormous amounts of influence over the private sector and power over public health institutions. By protecting and establishing incentives for rare disease drug development, the future could be very different,” Portero concluded.

Health staffers from many congressional offices will be there to hear about the unmet needs of the FD/MAS community and other rare disease communities, and to learn what they can do to support finding more treatments and cures. Rare Disease Day offers an appropriate moment to measure the nation’s progress on the diagnosis and treatment of rare diseases, and the FD/MAS community deserves to be seen and heard on these important issues.