HomeBlogFoundation NewsAdvocacy NewsFight FD/MAS! Facebook Donations DOUBLED Between Now and the End of the Year

Fight FD/MAS! Facebook Donations DOUBLED Between Now and the End of the Year 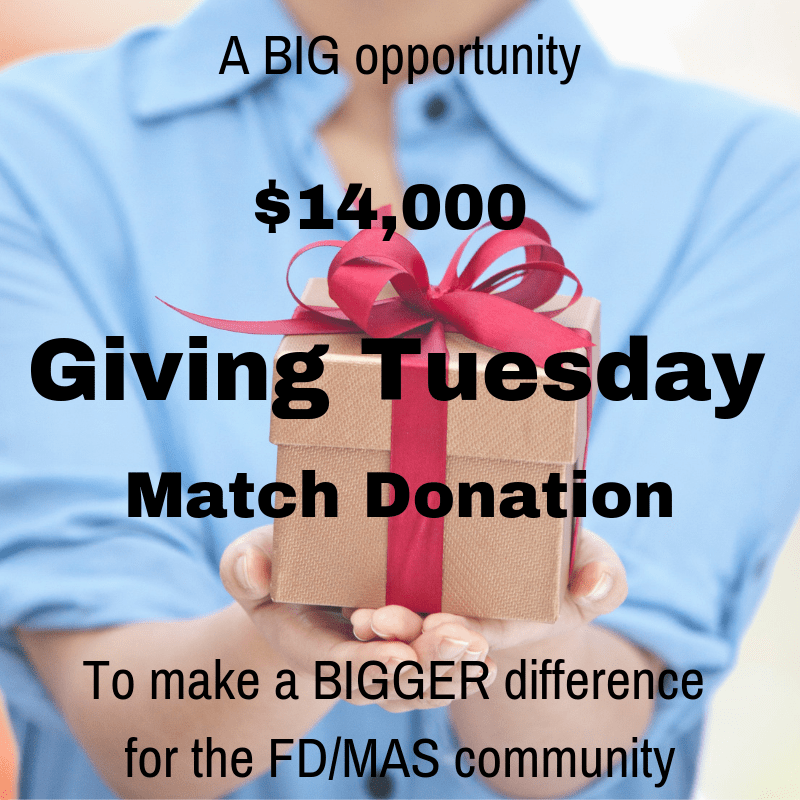 The holidays offer a time for us to reflect on the year, our values, and that which is most important to us. Giving Tuesday has become an international day of philanthropy where people can affirm those values by giving to the causes and organizations that hold meaning for them. It’s also an easy way to make a huge difference.
Last year 2.5 million donors across America gave $300 million to charity. You might remember that the Bill and Melinda Gates Foundation matched many donations made through Facebook fundraisers —including donations made to the FDF!

This year, we’d like to invite YOU to take action too.

Share a Facebook Fundraiser on November 27th in honor of Giving Tuesday and invite your friends and family to donate in support of our fight against FD/MAS this holiday season.
Start Your Facebook Fundraiser!
This year, all donations made between Giving Tuesday and the end of the year through Facebook campaigns will be generously *matched* by the Rozenblum family up to $14,000! Plus, Paypal and Facebook are teaming up on Giving Tuesday to match gifts made on Facebook too! That means donations to Fibrous Dysplasia Foundation on Facebook on Giving Tuesday could be tripled. Make your holiday giving count and donate to support FD/MAS patients and a fight for a better future.
1. Visit https://fb.com/fund/fibrousdysplasia/
2. Click the Raise Money button
3. Set a goal that you think is attainable
4. Set an end date of December 31, 2018
5. Name it “Giving Tuesday Fundraiser for FDF”
6. Describe why you’re fighting FD/MAS on Giving Tuesday
7. Create your fundraiser!

Here’s how we’re doing so far! 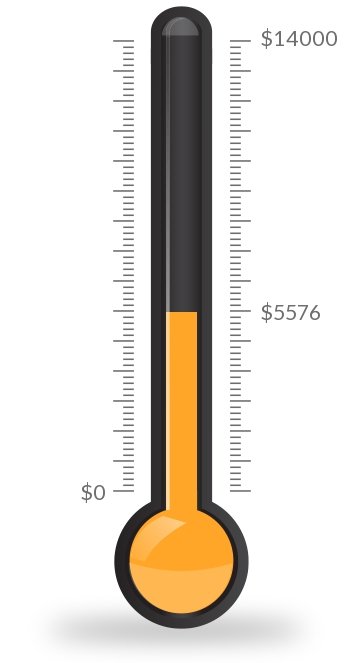