HomeBlogFoundation NewsPatient SpotlightTake it as your Torch: An Advocate Embraces his Unique Experience

Take it as your Torch: An Advocate Embraces his Unique Experience 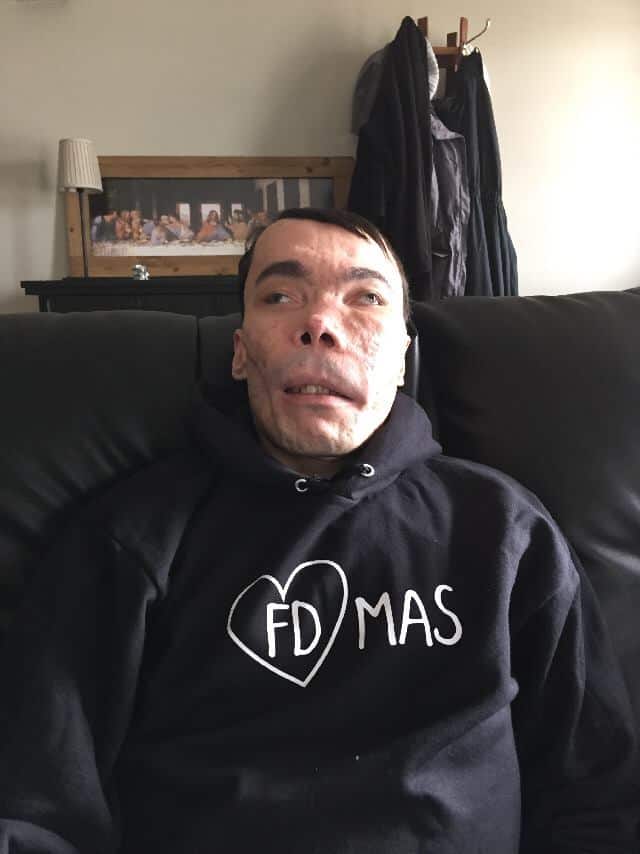 Everybody has their dark days, and for fibrous dysplasia, McCune-Albright Syndrome (FD/MAS) patients, those days can be shrouded in excruciating pain and the isolation of dealing with a rare disease. Canadian Author Jonathan Birdsall has taken those dark feelings and turned them into art. Jon recently published a novel, The Cripples Game and has a short story coming out in early April. Due to his FD/MAS, Jon is blind and relies on a walker, and he channels these experiences into his stories. “Through my writing I try to dispel the stereotypes of illness and disability that I experience personally.” Jon’s writing career has recently taken off, but he’s acted as a rare disease advocate for a long time.

From a very early age, Jon was comfortable teaching others about MAS. He was diagnosed with FD and MAS at the age of 6, when he broke his femur during what was otherwise a minor tumble. By age 8, he had lost his eyesight. “Honestly, none of this bothered me as a kid. It was just normal life” Jon says. His mother was a teacher and she encouraged him to share his experiences others. “Those early presentations to my class really helped me love stories, and feel comfortable sharing my perspective.”

Although Jon learned to live with his limited abilities, he still struggled with accepting life with FD/MAS.

“It was especially difficult when I was a teenager. At that point, I wasn’t able to walk as well, and I had a lot of depression and anger.” Being blind did not stop Jon from noticing that people treated him differently and made assumptions about him based on his appearance. “People see me as a disabled person, not as a person who just happens to have a disability,” says Jon. 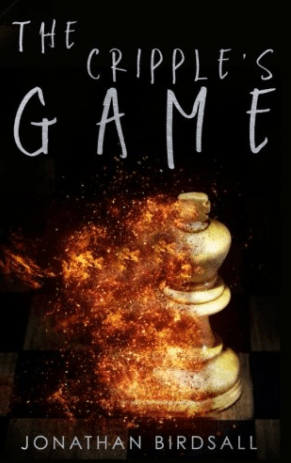 In writing, Jon found a way to make his frustration productive. He even says that his bone pain can occasionally fuel him to be more creative. “It’s the fire that pushes me to write something dark,” he explains. His stories are often set in ancient times, but they address social issues of today. In the Cripples Game, people constantly dismiss the main character because of his disability and the book addresses that shortsightedness. His writing can also be quite funny, often joking about otherwise taboo subjects. “Humor is a big weapon for dealing with the stress of chronic illness.” explains Jon, “I want to make people laugh and feel a little uncomfortable. It makes them think about their assumptions and the more they think, the more they’ll talk and reconsider.”

Jon often runs his story ideas by his girlfriend before they make it to print. “She’s been incredibly supportive, and I actually met her because of my MAS,” says Jon. As a first grade teacher, his mother talked about her son’s blindness when her class learned about the five senses. Many years ago, that story really moved one little girl, and she went home and made a picture that Jon could feel so he could appreciate it without sight. The two reconnected online a year ago and she has remained as thoughtful as she was in elementary school. “When I complain about other people’s assumptions, she will tell me, ‘you’re just Jon to me, a person with your own unique set of problems, just like everybody else.’” Jon had never heard someone be so straightforward and supportive like that. “As I’ve gotten older I’ve come to see that I have unique gifts and talents and that FD/MAS makes me who I am.” says Jon.

His next project, a novella, will feature a character with FD/MAS.

“At first I was going to make him the main character and write from his perspective, but I decided against that. My hope is to educate through the protagonist and try to connect with people that may hold some of these stereotypes about disability.” In the novella, the protagonist is tasked with discovering why the world is so negative. Over the course of the story his FD/MAS acquaintance dispels some of the assumptions and misunderstandings that he, and so many other people, maintain.

For his part, Jon is working hard to dispel the negativity that we each face on our own. His optimism and encouragement is a hallmark of his presence in the FD/MAS community and he was recently named the #FDWarrior of the month by FD Warriors Inc.

The FDF hears from patients of all ages who seek reassurance, and these interactions came up in our conversation with Jon. In particular, some of the younger patients write to the foundation out of frustration (one middle-school student asked us to “Find a cure soon,” because his life, “suuucks!”). We asked Jon for his advice to this young man, as a patient who lived through adolescent trials with an MAS diagnosis himself. “I try to remind others that there’s a lot of us out here and you’re not alone. It’s a long road and it can be tough, but it also makes you a unique and special person.” says Jon. Writing and sharing his experience has given Jon the agency to embrace FD/MAS and he encourages others to reach out as well. “Let your experience educate the non-disabled world. Show them that we’re all on the same playing field. Our experience is a unique gift. Take it as your torch.”