Funding for two research grants was raised in a May 2015 fundraiser spearheaded by three FD/MAS families: the Levin’s, the Ruotolo’s and the Yarlagadda’s. 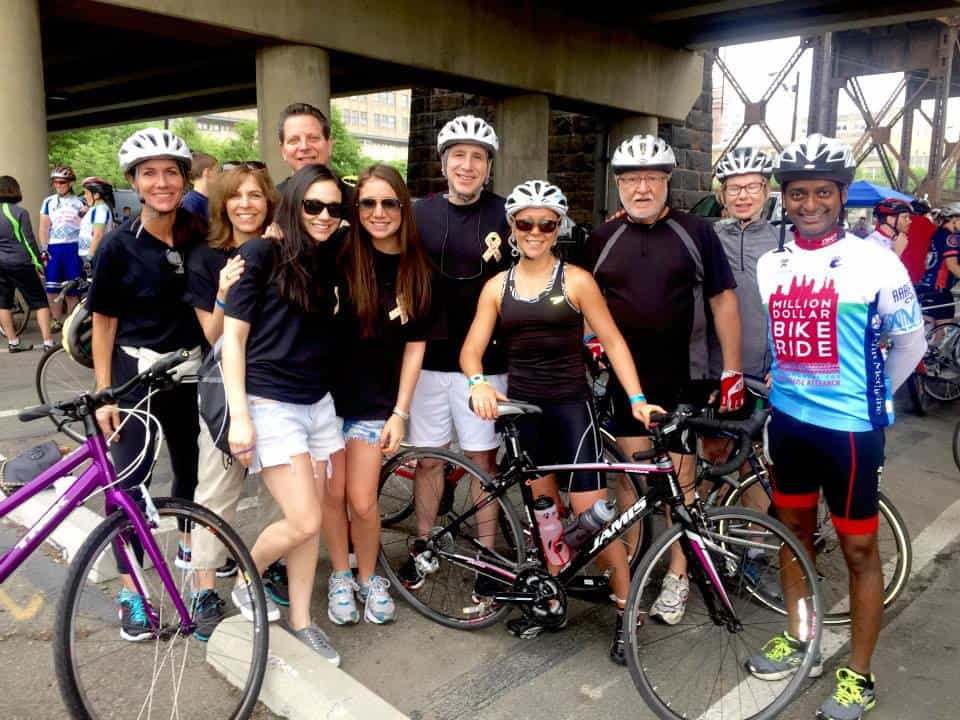 Cindi Brandt Levin, long-time FDF volunteer, said that she was inspired to help fund more research after attending the 2014 Patient and Family Conference.

Cindi, who had been the lead volunteer in coordinating the conference, was struck by the need for research to find better treatments for fibrous dyplasia. She thought to herself, “My next mission is research.”

That December, she began researching how she could help advance research, and discovered the Million Dollar Bike Ride run by the Penn Medicine Orphan Disease Center. Penn would match every dollar raised by families, and provide easy to use tools to help fundraisers collect donations from friends and family.

Cindi decided to go for it, and began fundraising in February. She reached out to the Fibrous Dysplasia Foundation, which spread the word to FD/MAS families to donate or start teams of their own. Ultimately, two additional teams, led by Lauren Ruotolo and Kiran Yarlagadda, joined the fundraiser.

The Fibrous Dysplasia Foundation gave the single largest donation to the fundraiser, which was matched to fund $20,000 of research.

After the funds were raised, the Penn Medicine Orphan Disease Center promoted the grants among researchers, and collected proposals from researchers who had ideas for FD/MAS research projects.

Dr. Fred Singer–member of the FDF Medical Advisory Council, Director of the Endocrine/Bone Disease Program at the John Wayne Cancer Institute in Santa Monica, CA, clinical professor of medicine at the Geffen School of Medicine at UCLA, and member of the FDF Board of Directors–assisted in reviewing the grant applications.

“Five excellent proposals came in,” said Dr. Singer. “All were worth funding.” He noted that most of the proposals put forward ideas on how to correct the underlying cause of FD/MAS, or investigated the basis of bone pain.

The Penn Medicine Orphan Disease Center expects to announce the winners of the grants very soon. 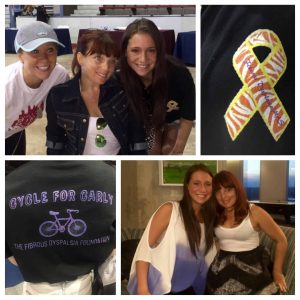 As Dr. Singer said, there were multiple excellent proposals that were not funded. You can prevent that from happening again.

FDF is actively seeking captains for the 2016 Million Dollar Bike Ride. If you think you might be interested in starting a team, please contact us. We are enthusiastic about supporting next year’s captains, and funding even more research! Fundraising can seem intimidating, but it is one of the most rewarding experiences you can have. You’ll be surprised at how supportive your friends and family are!

The Fibrous Dysplasia Foundation would like to thank everyone who attended this incredible event as riders or volunteers on behalf of the Fibrous Dysplasia Team. Special thanks are due to Cindi and Fred Levin, Kiran Yarlagadda, Lauren Ruotolo, Erika Sperl, Larry Imhoff, Janice McCurdy, Barry and Lori Offitzer, Carly and Jami Levin, and Holly Ruotolo.