Team FD has hit the ground running for the 2019 Million Dollar Bike Ride. This is the single most important way that individual community members can influence and advance the state of FD/MAS research. Last year, under the leadership of Team Captain Cindi Brandt Levin, we raised over a quarter million dollars which are already being put to use in the most promising labs researching FD/MAS across the globe. So how does Team FD make this possible?

It starts with someone who cares enough to ask for something better. 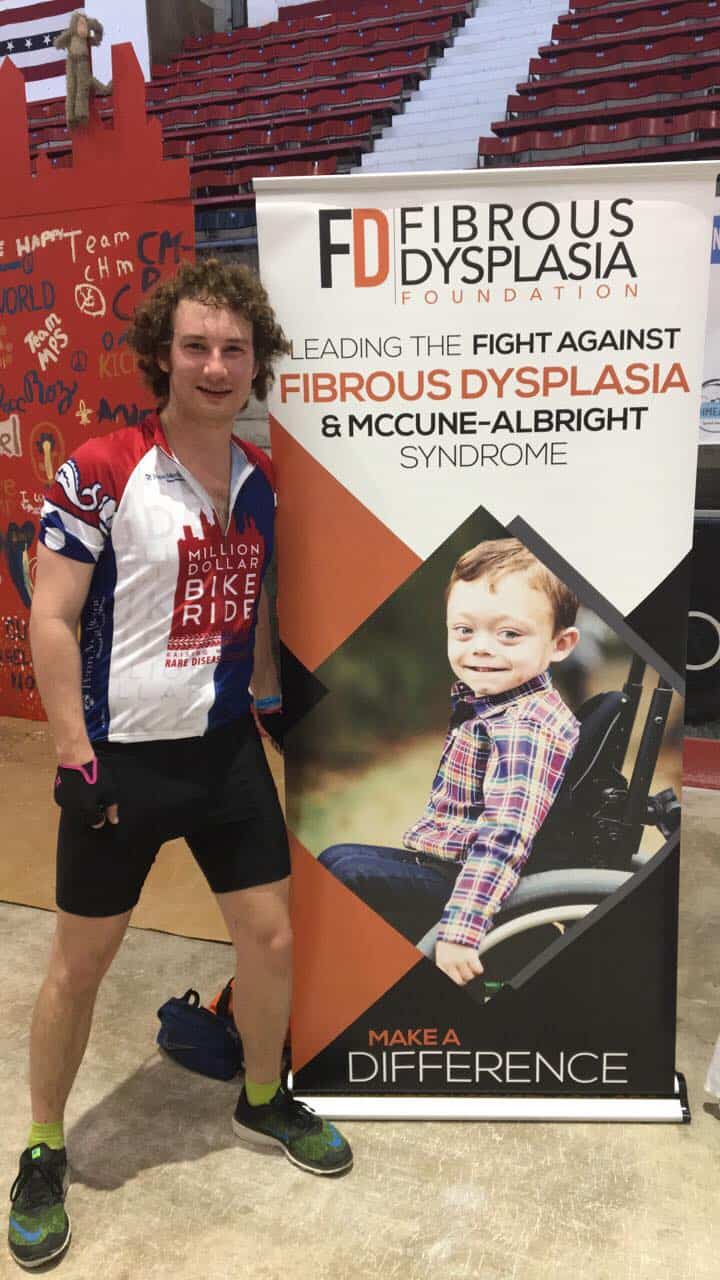 Last year, many new campaigners joined the ranks of Team FD and started to fundraise themselves. “We were shy about asking for donations at first,” said the Wahoo Riders an FD/MAS family who decided to campaign for the first time in 2018, “but we met our goal in a matter of hours and raised the bar three times over the course of our fundraising. We were floored by the generosity and little love notes that came our way.” Like the Wahoo Riders, many campaigners come back year after year because the Million Dollar Bike Ride offers an uplifting and empowering way to take action and fight back against FD/MAS.

If you’re reading this, you’re already on Team FD

You’re on our team because you’re invested in the state of FD/MAS research and the answers available to patients. Perhaps you’re hoping that the grant money goes to a researcher focusing on the specific question or symptom that’s most important to you. If every person like you, or half of the people like you, stepped forward and gave as little as $10, we’d easily have tens of  thousands of dollars for research. The question is, will you choose to do today, what you hope others will do as well?

Perhaps you’re one of the 400 donors who gave to support FD/MAS research last year. You’ve already stepped forward, you’re ready for change. The four grants awarded last year were made possible by many donations, large and small, from family, friends, and colleagues who knew that FD/MAS patients deserve better.

Perhaps the reason you know they deserve better is because this fight is personal for you. You’re ready to step off the sidelines and join the team. As the Wahoo Riders put it “We also hope that children born with FD/MAS will be able to receive a straightforward diagnosis, have a clear protocol to follow and, best of all, a cure. We’re proud to step up and do our little part in this journey toward that future.”

If any of those, or several of those describe you, we need you to step off the sideline and on to Team FD 2019’s starting line up.

Start a campaign. Make your goal modest. You too may be pleasantly surprised.